The art exhibition “Worlds” materialises an outer vision instructed by elements both of reality and imagination. These elements sink their roots into important concempts such as sustainability and awareness of the current and evolutionary planet stages.

“Worlds” revolves around this question: “Has the current physical Earth condition been ascribed to the extreme exploitation of the planet resources or to the cyclic nature of the Earth physical alteration as it happened in previous ages?”.

The artist creates his art pieces pushed by this dilemma throughout a dreamlike journey, fully releasing his expressive talent.

The doable scenario that crosses the timeline from past to future has multiple facets that turn into the multiple terrestrial and alien globes wisely depicted by Asperges.

Enigmatic dumb monoliths rise above the scene, driving the spectator throughout an immersive path of the artist’ world.

Planet systems seem to be sustained by a precarious balance, they fluctuate, they brush against each other, they light up reverberating their inner energy. These planet systems interchange with black holes which are gates used to cross space and time wall and to enter a parallel world in order to discover its peculiarities. 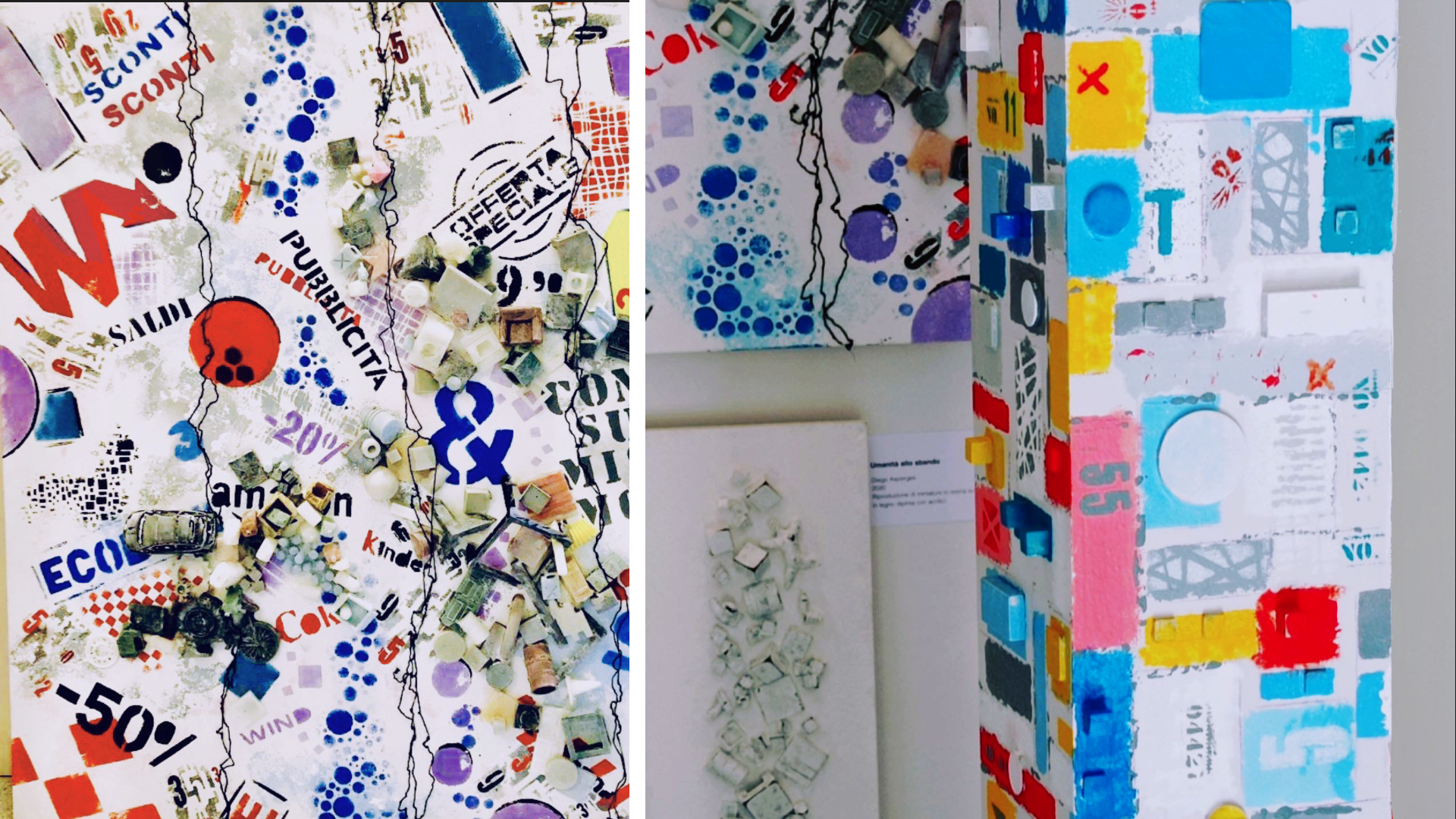 Diego Asperges was born in Milan in april 22, 1958. His family has always been related to art. His great-grandfather, Guglielmo Da Re, was a renowned painter and his father, Italo, was a miniaturist sculptor.

Diego studied at Brera Art Academy and he started working in 1985 joining his father’s art laboratory. He focused on malleable materials in order to produce bronze and silver objects. He created prototypes for famous companies, artists and international fashion brands.

He owned a detailed academic drawing know-how combined with a remarkable creativity. He became an eminent miniaturist sculptor. He focuses on resin sculpting.  He creates his own art since 2010, when D.A.Arte by Diego Asperges was established as an association to pass down Diego’s Art.

Diego’s artworks, shown through “Free Expression” Exhibition at SAC, depict the stylistic evolution of the artist that goes from the representation of a human being typified by android features to the depiction of current events like immigration, ecology, politics and virtual reality. A consideration that extends from the individual to the whole humanity.

Natural and artificial landscapes are the setting of a not-edifying human intervention. Every good is produced, exhausted and rejected in order to satisfy a temporary pleasure, the natural rhythm is substituted by a chaotic anxiety that unsuccessfully tries to influence the unchangeable time flow.